Get to know your Chesapeake, VA area flooring experts

Experience you can trust

Our staff offers years of real-world flooring experience and knowledge not often found in the large national chain stores. I’ve personally lived my entire adult life in the Chesapeake / Virginia Beach area and all of that time spent in the flooring business. I’ve been in many different style homes and been a part of every flooring project you can imagine. Not much surprises me anymore and that’s important when estimating the products and labor for your home. Locally-owned, in Chesapeake, we want to help you make the right flooring and installation decisions for your home and ensure your satisfaction for years to come.

Wide variety of flooring choices
We take pride in having a warm, inviting showroom full of the best flooring brands on the market today. We constantly update our product lines to bring you the latest flooring trends. You like tile? We’ve got seven complete tile displays loaded with porcelain, ceramic, modular sizes, and accent pieces. Whether it’s domestic or exotic we’ve got hardwood floors to go with any home decor. Our Shaw Flooring Gallery product arrangement is an awesome display of trendy and stylish carpets from plush, patterned, Berber, and frieze. You want good advice on carpet? We’ve got it. Have you heard of the new Coretec waterproof laminate floors? We have the entire display and at a great price.

We have everything you need from start to finish: 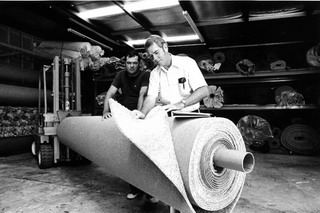 Brothers Phil and Don were born and raised in Washington, NC, and moved to Norfolk in their teen years in search of work. Working separately they learned the flooring business and in 1972 Phil Woolard opened the doors to Floors Unlimited. It was a tough go during the early years with a slow economy but Phil was willing to work installing by himself if necessary and wife Doodlebug would come in to run the store while he was out.

A few years later his older brother Don joined him and together they became a great team. Don was good working with the customers and Phil had a knack for running the crews every day and problem-solving on the job site. During the '80s, work was plentiful around Great Bridge, and Floors Unlimited became a very popular location for builders and retail customers. Phil and Don were very traditional men with honest values to guide their principles and thus gained the trust and loyalty of customers and builders alike.

Phil’s son, Phil Jr., followed in his dad’s footsteps and trained in the installation during the '80s. After Don retired in the early 90’s Phil Jr. was brought into the front office to learn how to sell flooring and run the business. Years later Phil Sr. and wife Doodlebug retired and today Phil Jr. proudly operates the company with his wife Amy in the same fine tradition that made Floors Unlimited what it is today.

Buy local from a trusted source. Meet the owner.

What the big stores lack is personal service and expertise. We know our products very well and will help you find the right product to fit your budget. All our jobs are managed from this one location under my supervision. I’m here each day ready to meet you and resolve any issues that may arise. You are not likely to meet the owner at a chain store. That’s why I say “Buy Local From A Trusted Source. Meet The Owner”.

Our Newly Redesigned Showroom
We take pride in having a warm, inviting showroom. We want the customer to feel welcome and comfortable while browsing products. Our Shaw Flooring Gallery is loaded with the best Shaw Carpet has to offer. We love to show our products and enjoy discussing the benefits of quality ANSO nylon.

Phil Woolard and His Team of Mechanics
I have been in the flooring business as an installer and an owner for 40 years. I know what good work looks like and have surrounded myself with well-qualified teams to do the job right.

8 Time Winner “Best Of Chesapeake” by The Virginian Pilot

Our showroom has it all

You'll want to see it for yourself 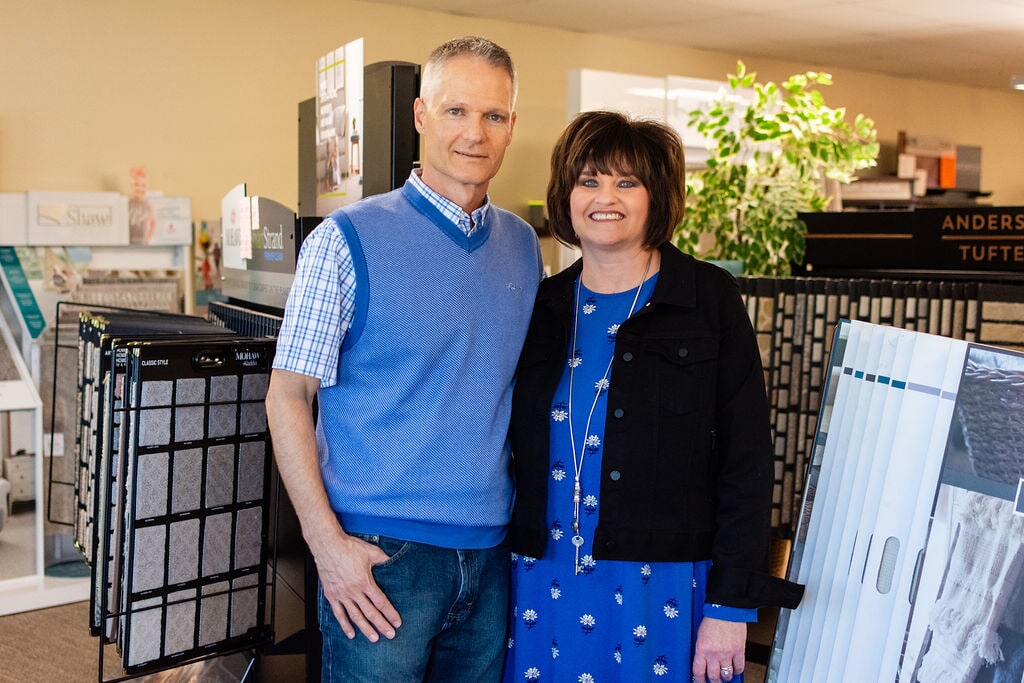 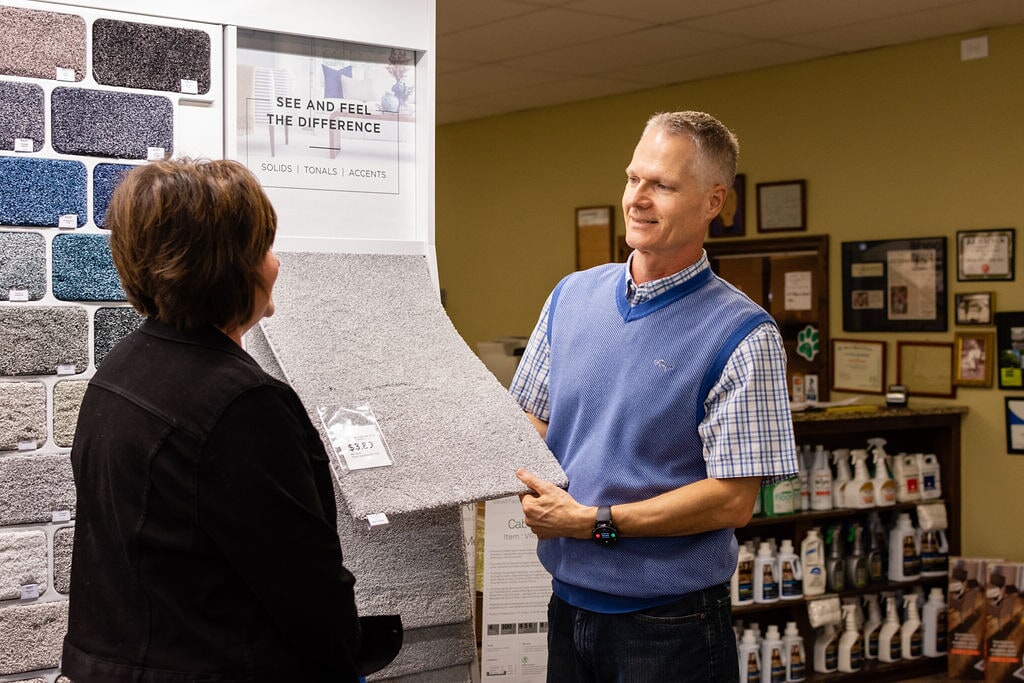 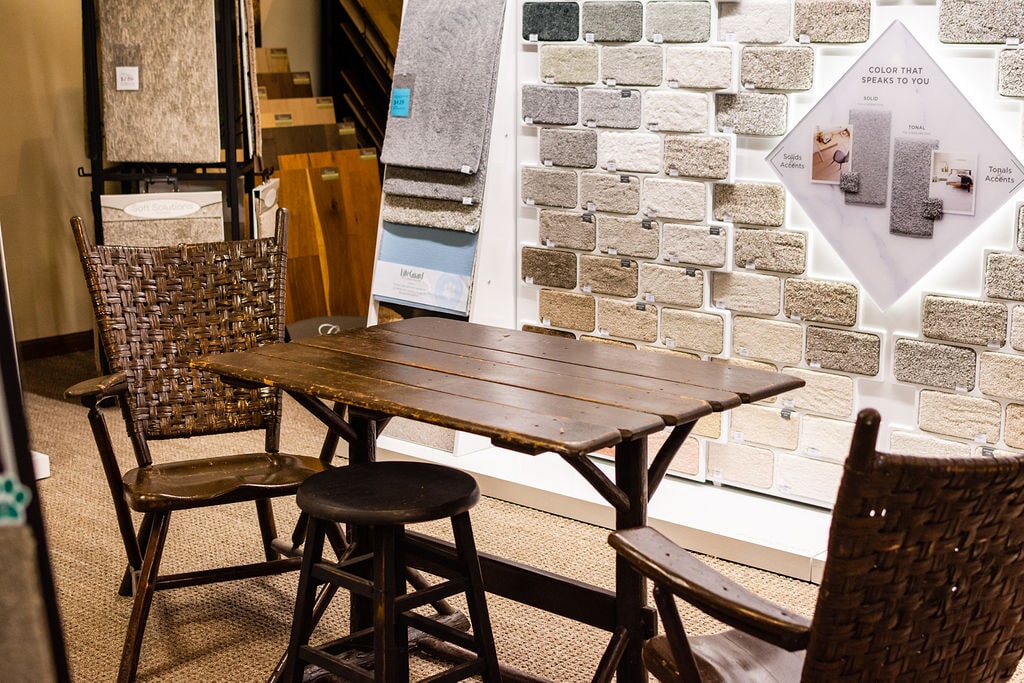 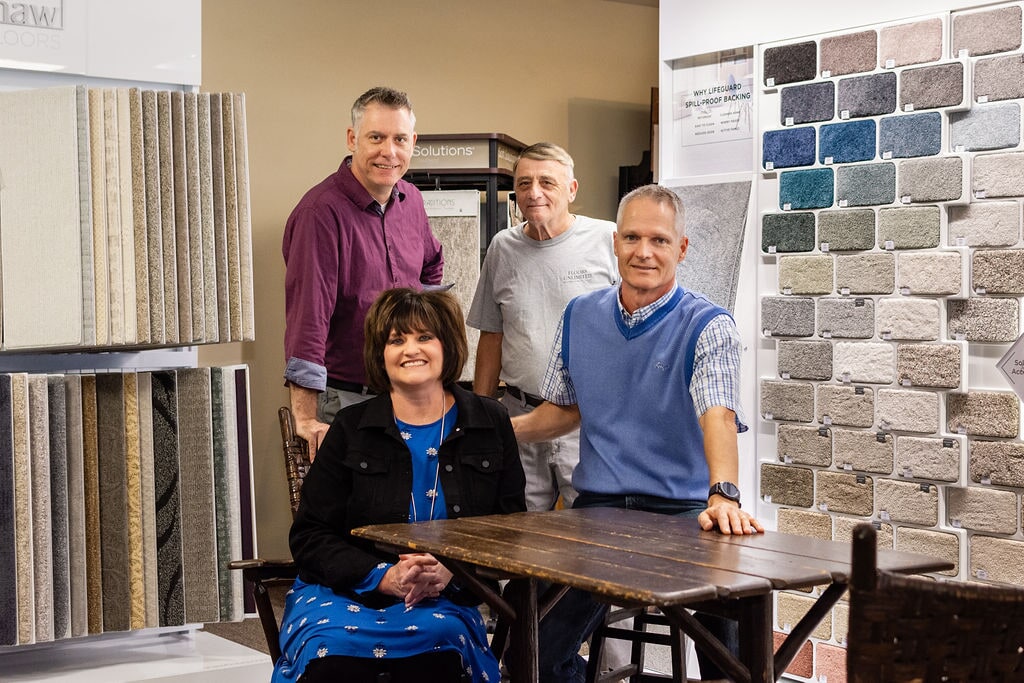 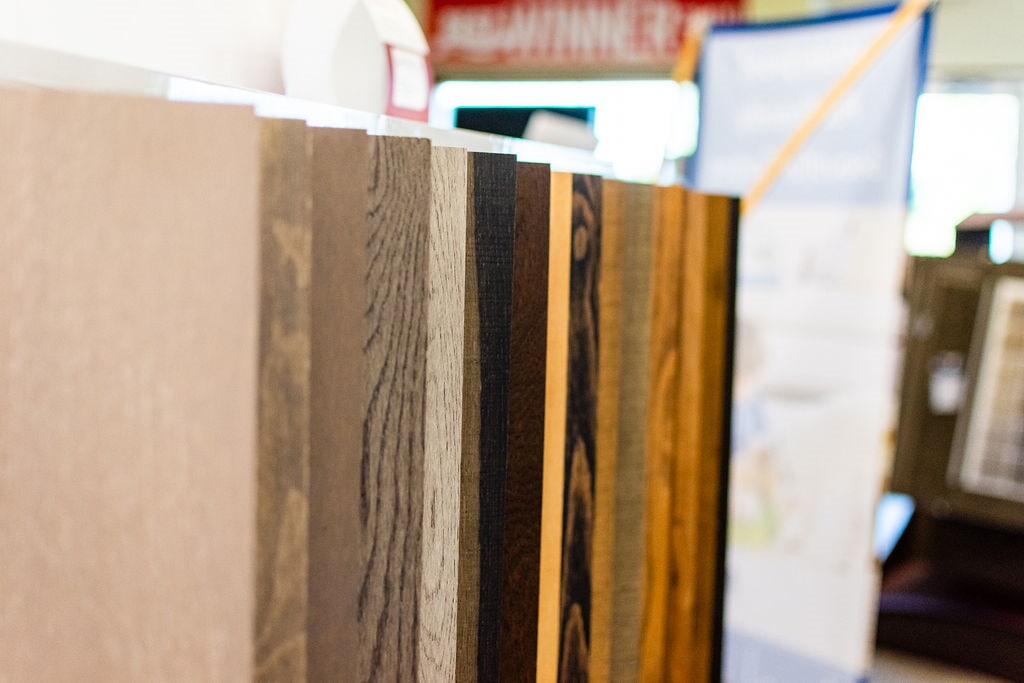 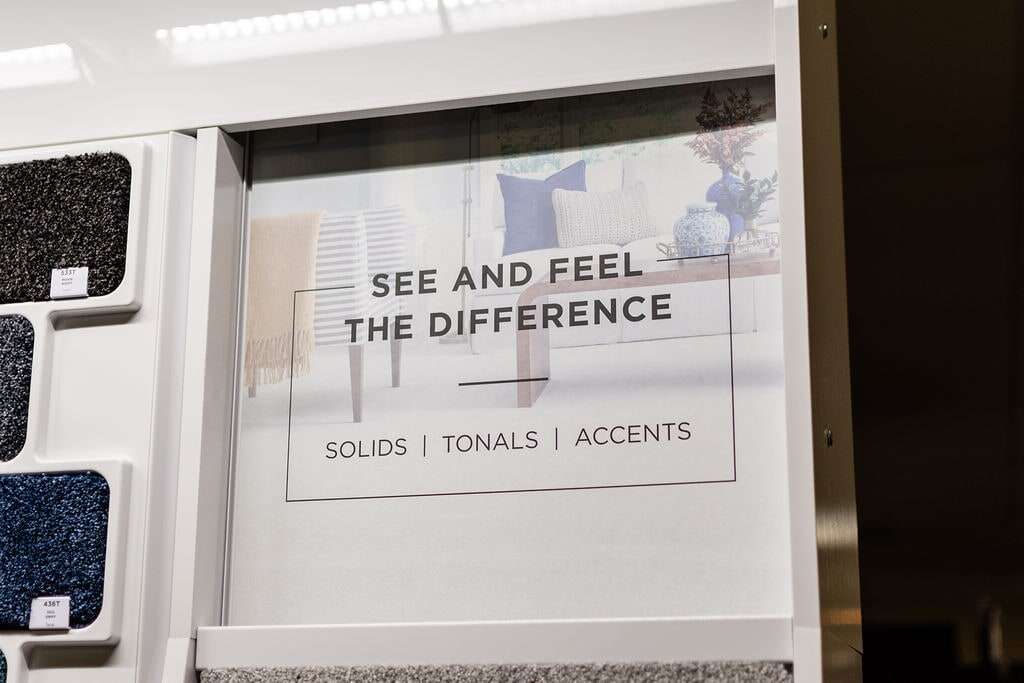 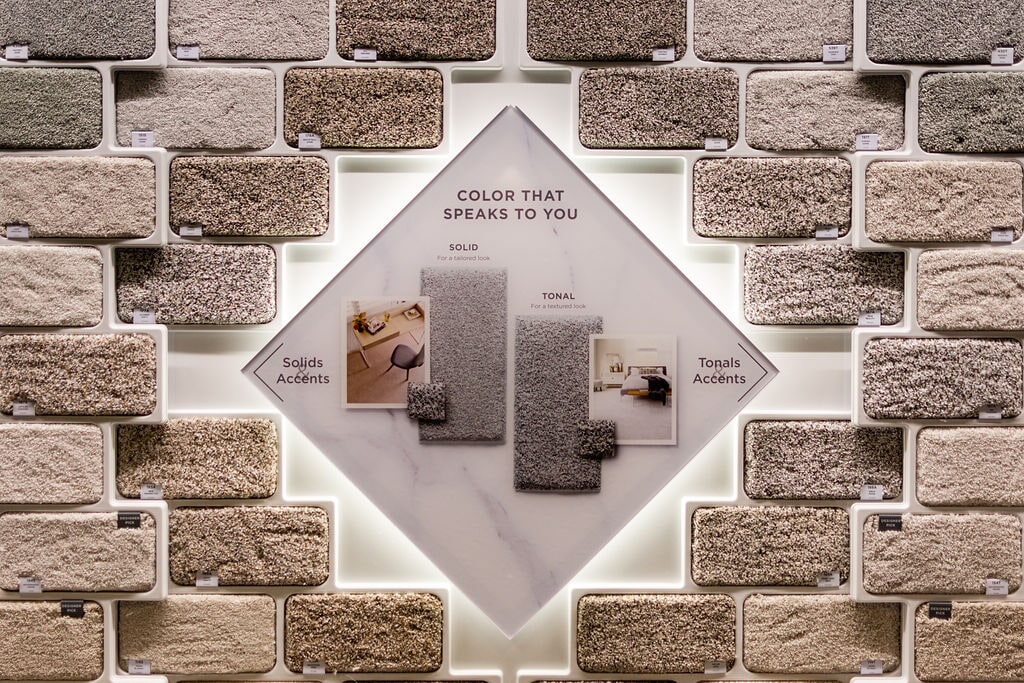 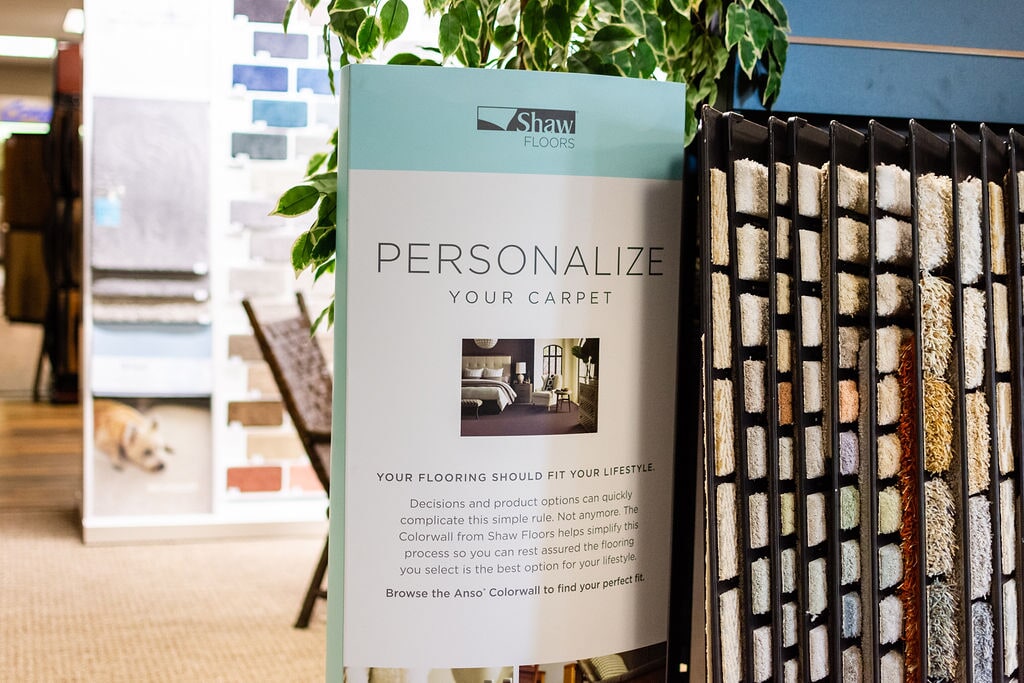 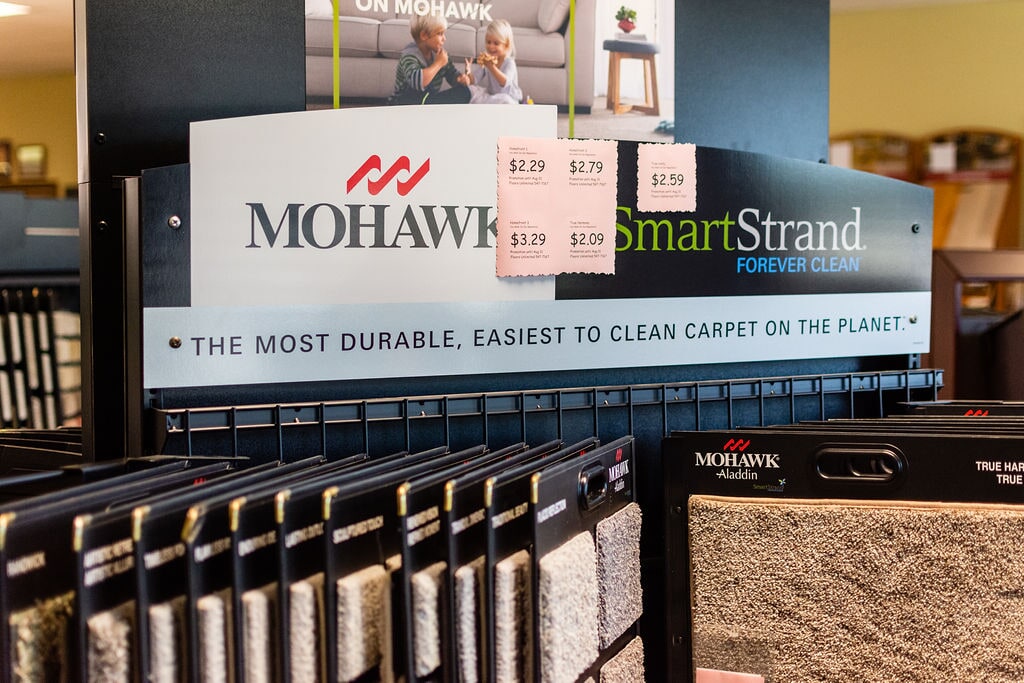 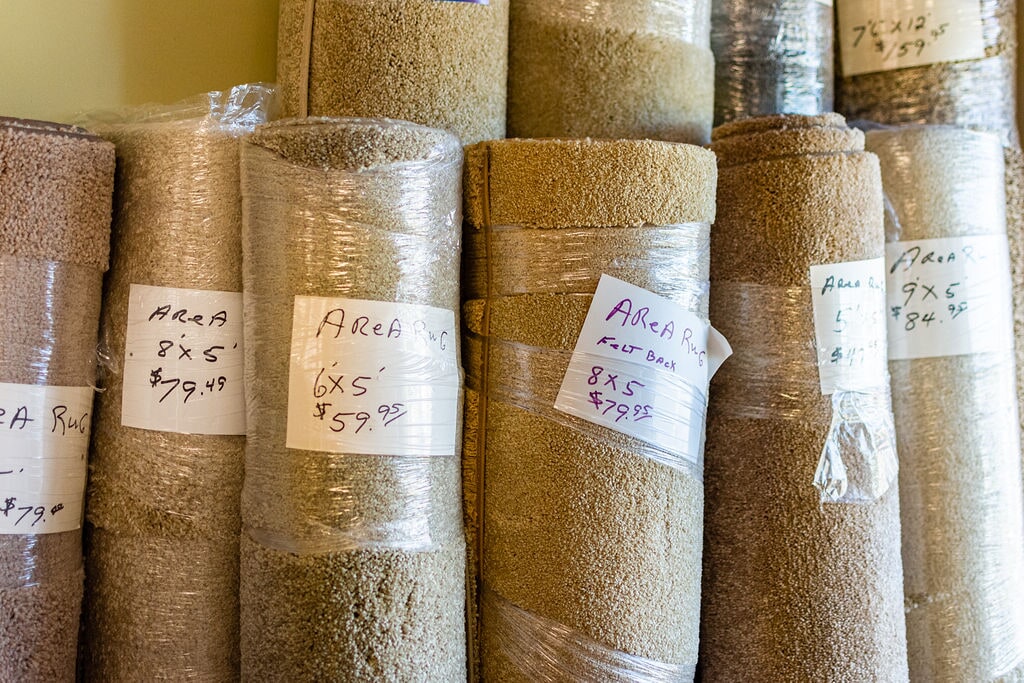 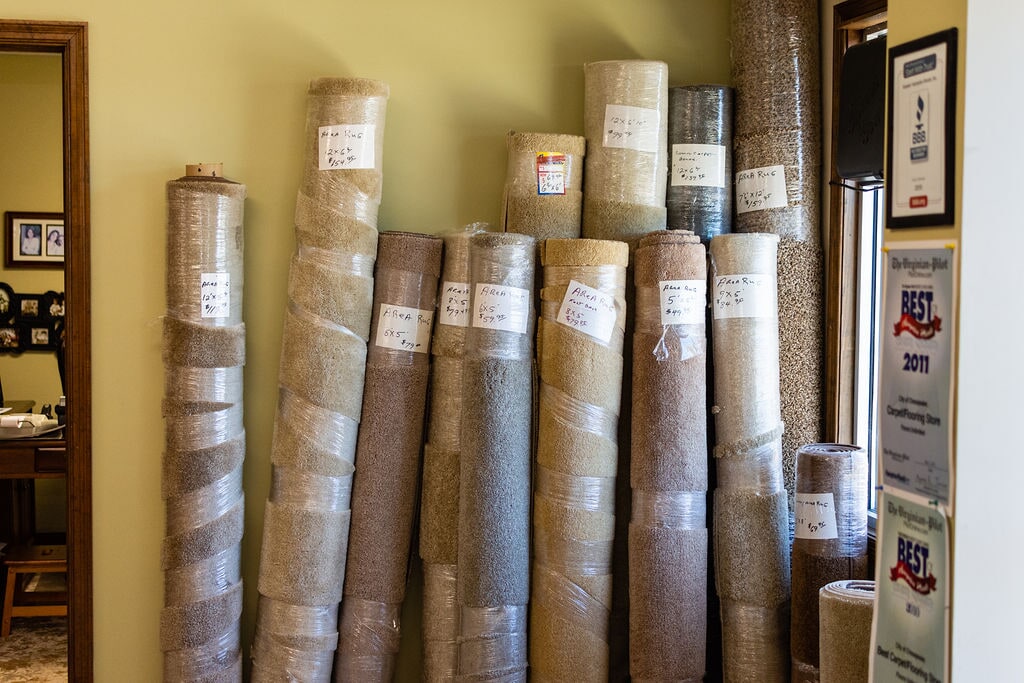 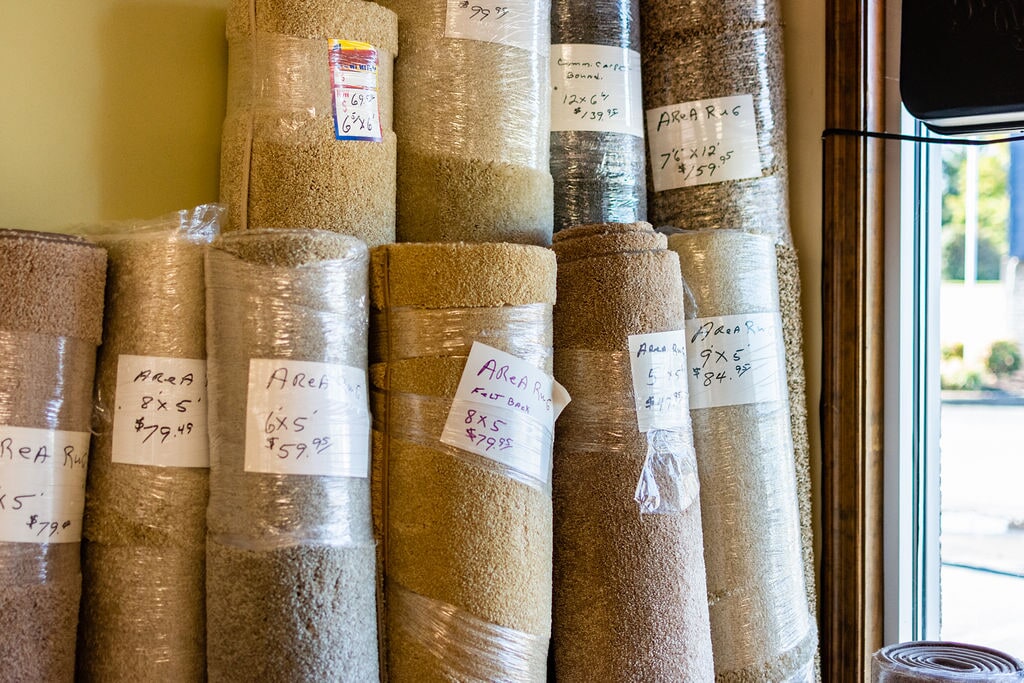 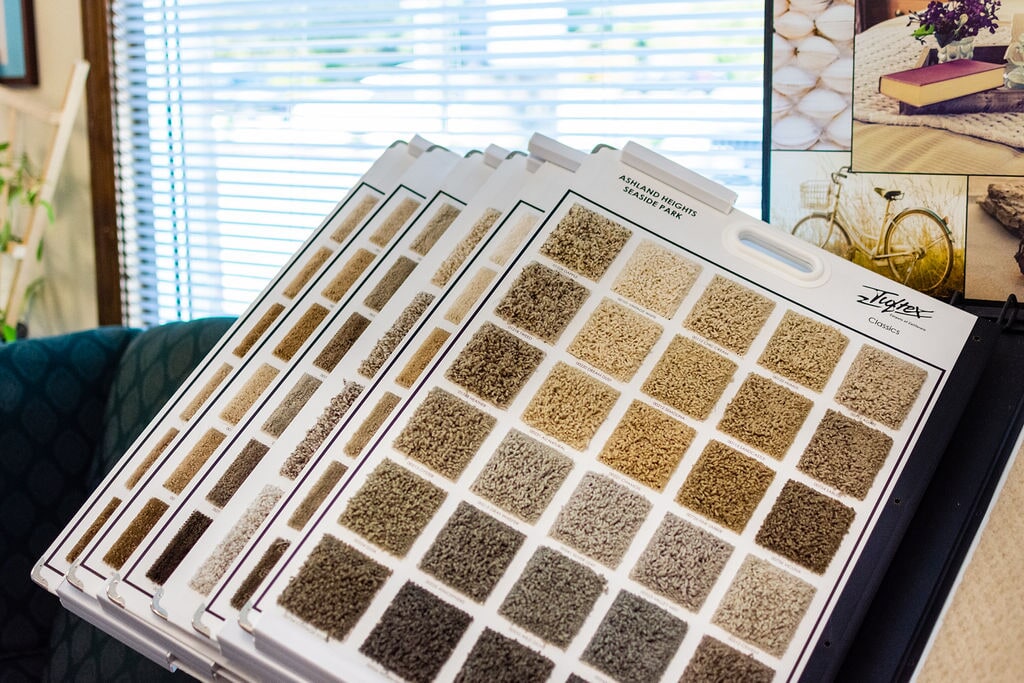 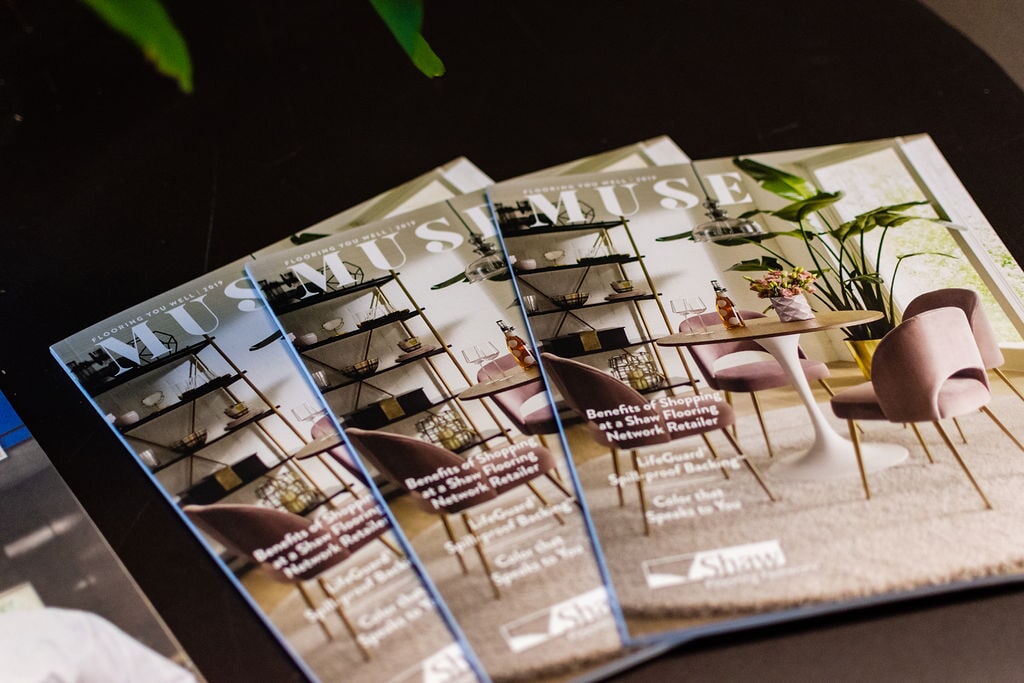 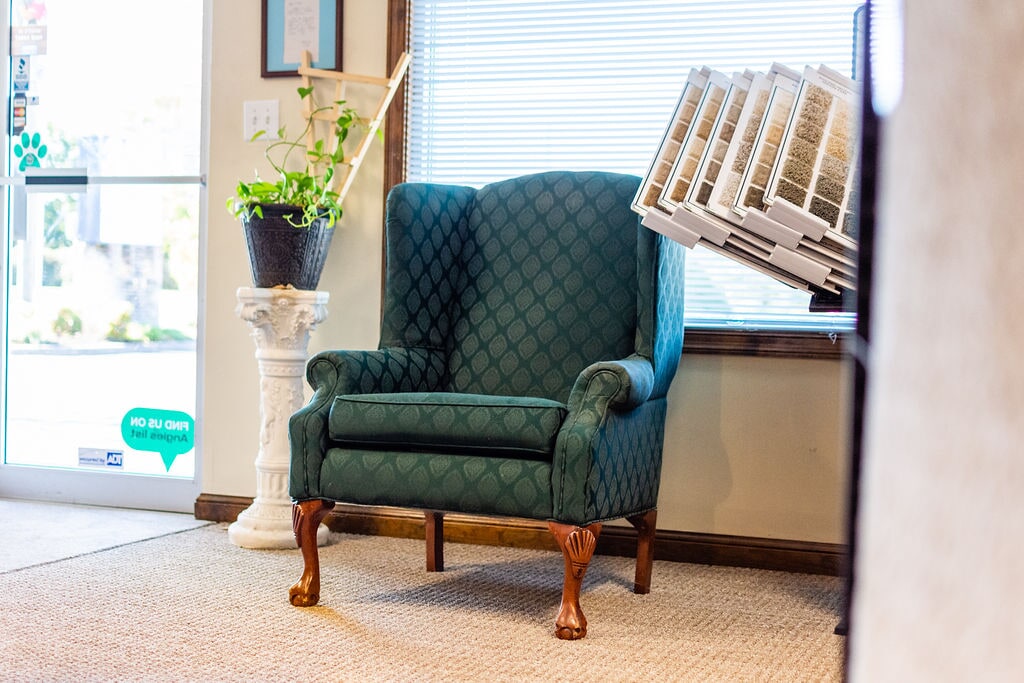 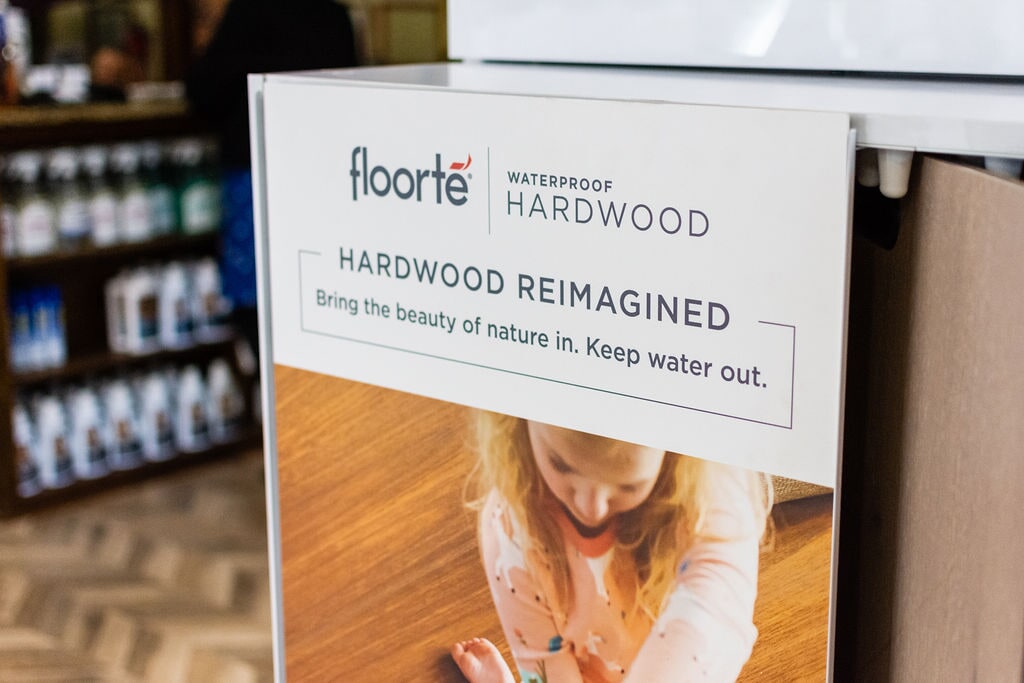 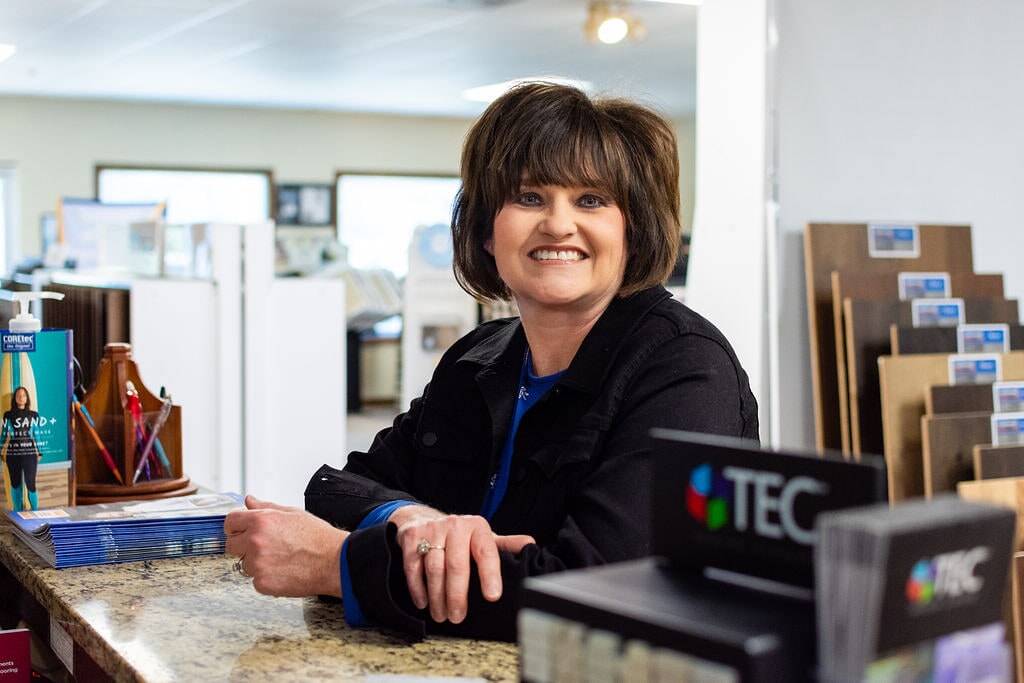 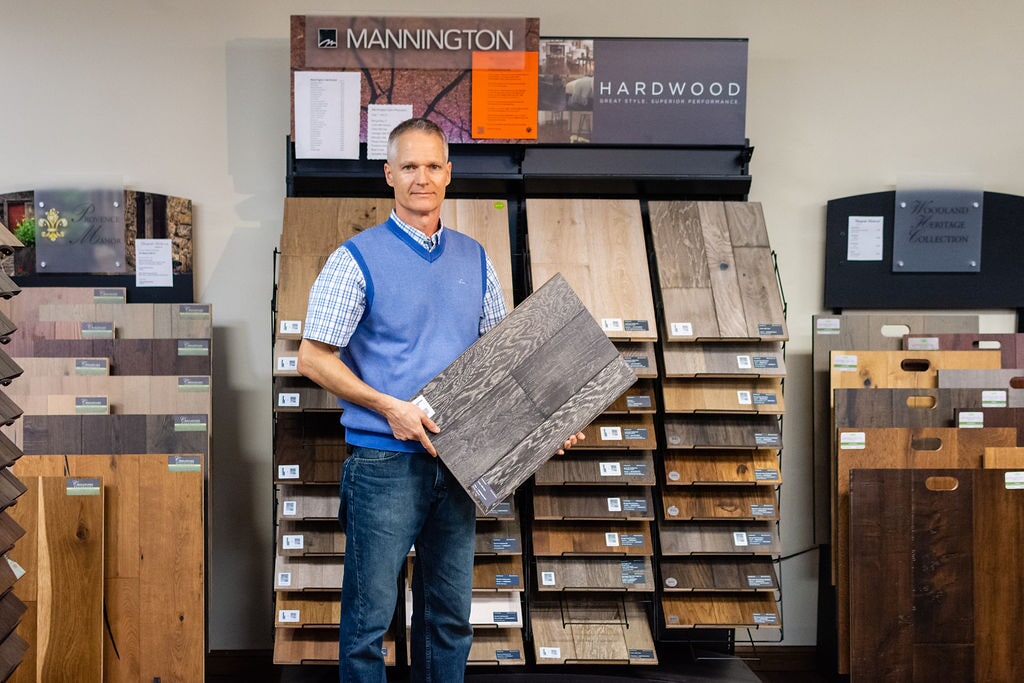 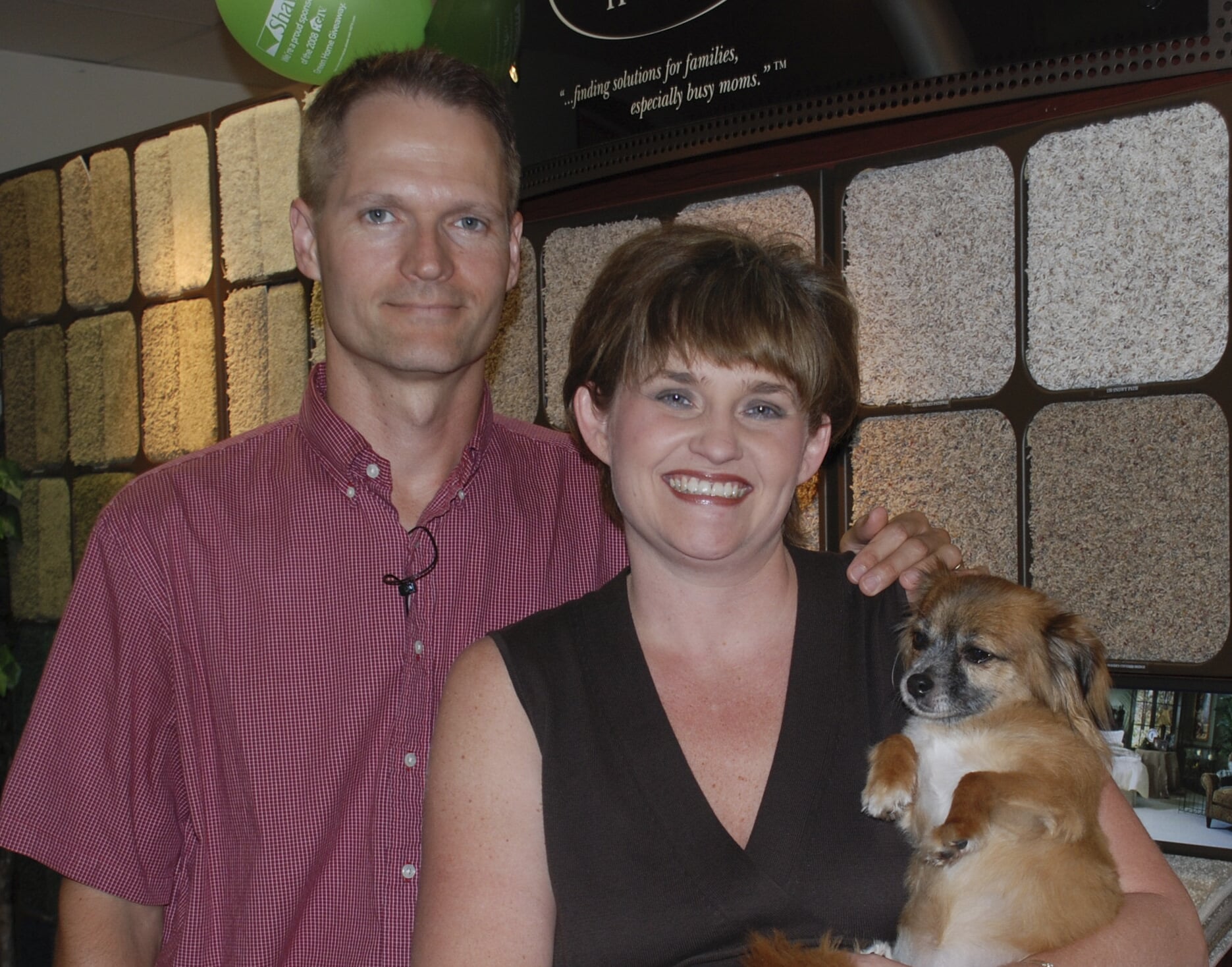 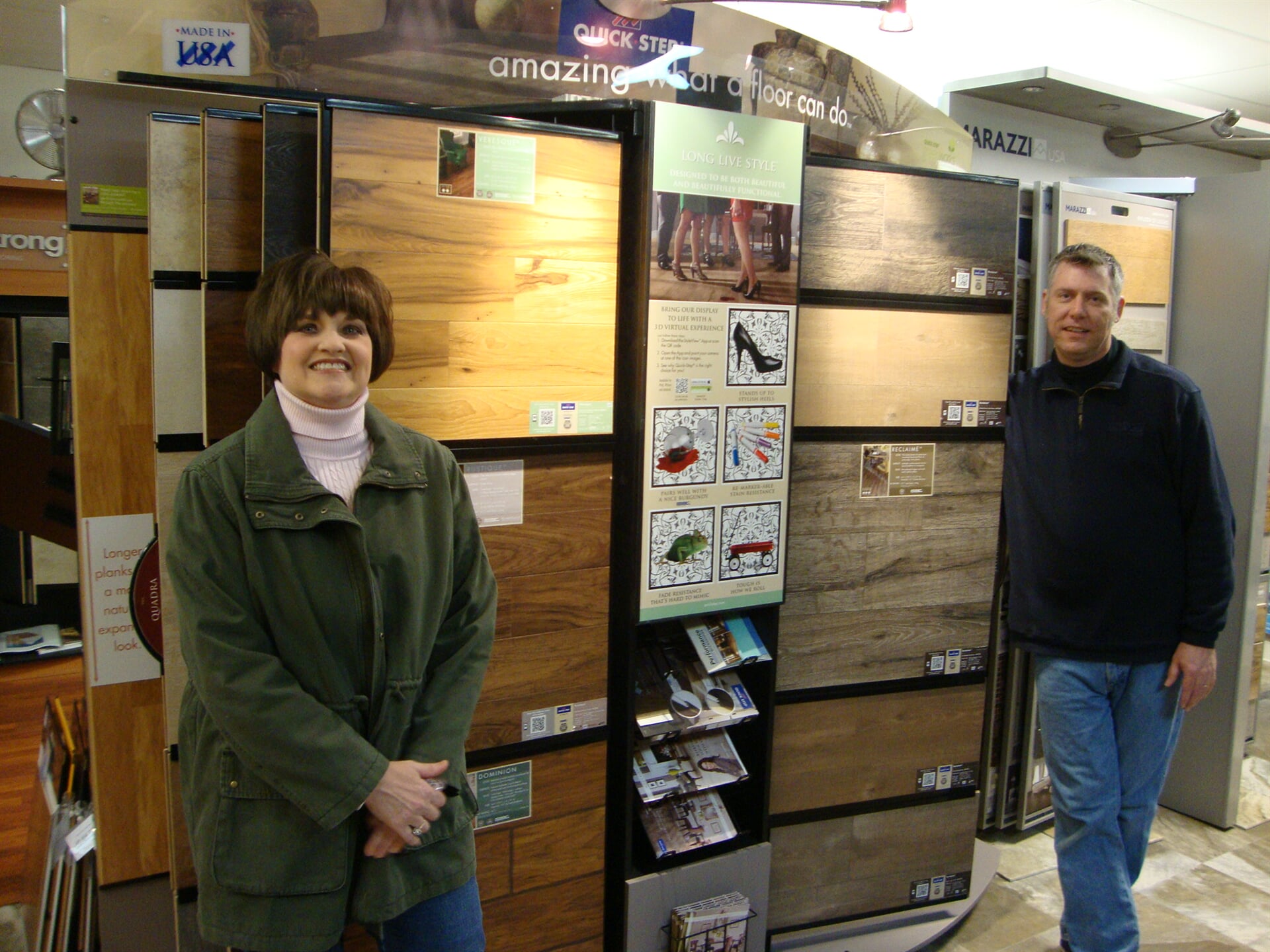 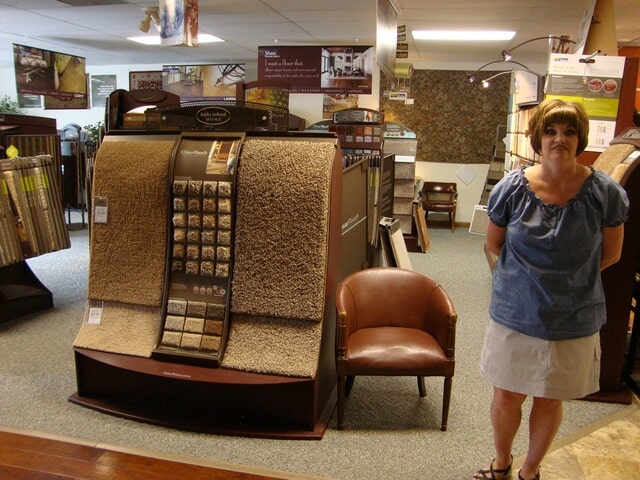 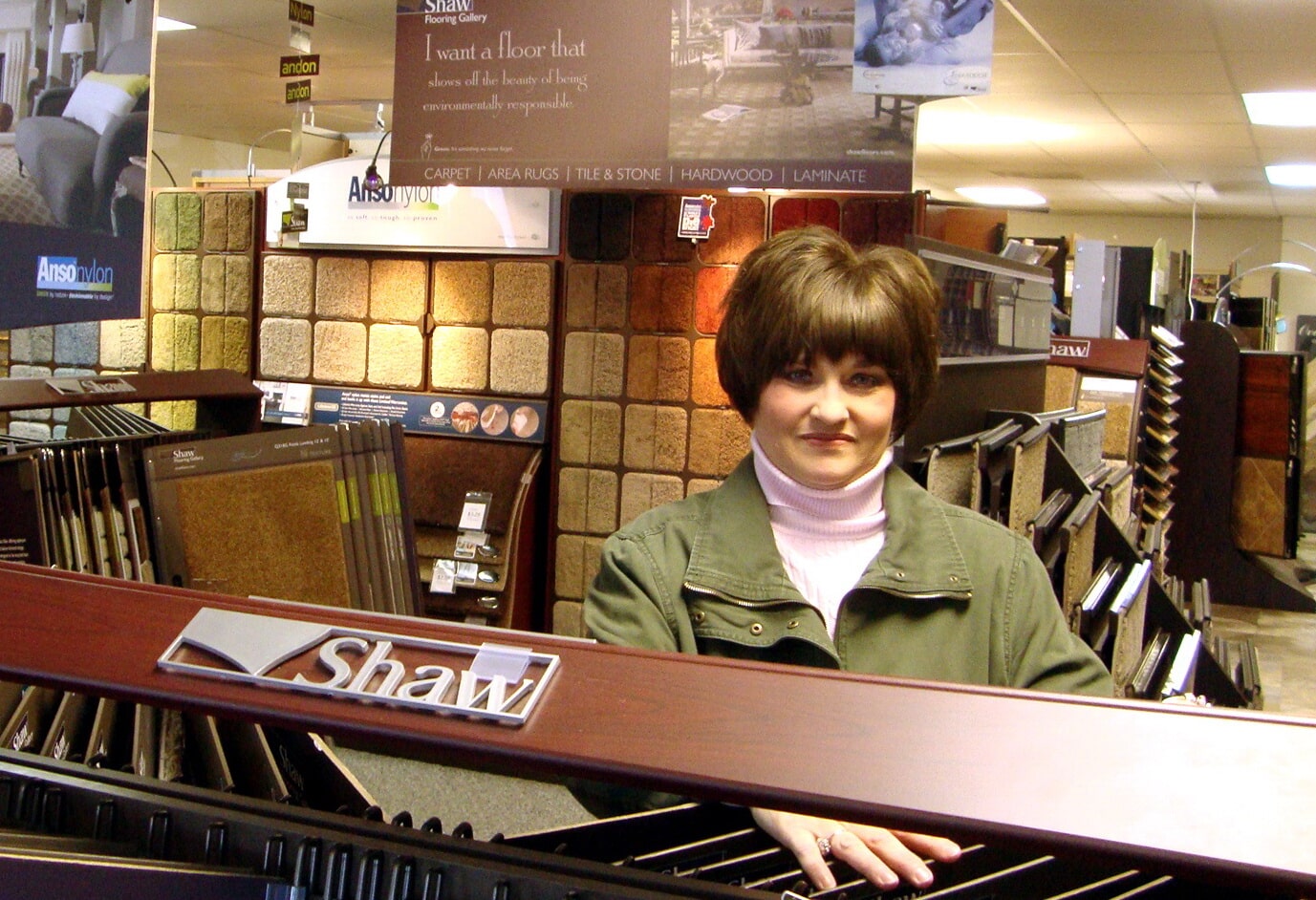 Meet with one of our skilled project specialists to get started